From the Press Democrat article on the incident: One of the largest animal welfare demonstrations ever held at a Sonoma County farm ended Tuesday with the peaceful arrests of 40 activists on suspicion of trespassing at an egg production facility northwest of Petaluma.

An estimated 500 demonstrators rallied for more than three hours across the street from a farm on Liberty Road north of Rainsville Road. Along with egg production barns, the property houses the offices of Sunrise Farms, one of the North Bay’s largest egg producers.

Before sheriff’s deputies arrived, dozens of activists walked onto the farm and took away about 10 chickens that were sick or dying, according to organizers of the Berkeley-based group Direct Action Everywhere.

That group, also known as DXE, and affiliated organizations gathered over the past week in Berkeley for what they called their “Animal Liberation Conference.” The event, which organizers said drew 1,200 registered participants from around the U.S. and other countries, included on its website an unspecified event for Tuesday listed simply as “Action #4.”

Organizers claim the egg farm is an example of a systemic pattern of criminal animal abuse in California that isn’t being addressed by either the justice system or by state and local animal welfare agencies.

“When the law is failing us, consumers and individuals have the right, and even the obligation, to reveal what’s happening behind closed doors,” said Cassie King, one of the organizers arrested Tuesday.

About 40 animal welfare activists were arrested Tuesday while protesting a Petaluma chicken farm. It was one of the largest animal welfare demonstrations at a local farm. 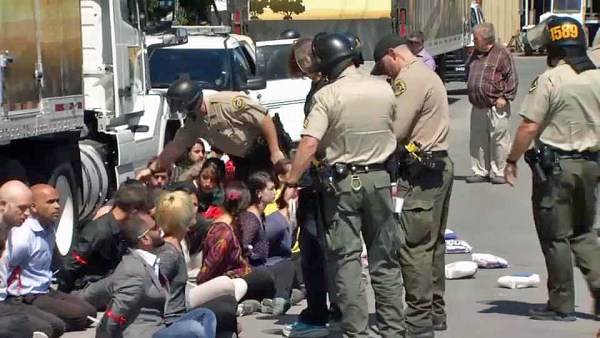 Hundreds of animal activists forced their way onto a Petaluma egg farm Tuesday to raise awareness to what they call the inhumane treatment of chickens. 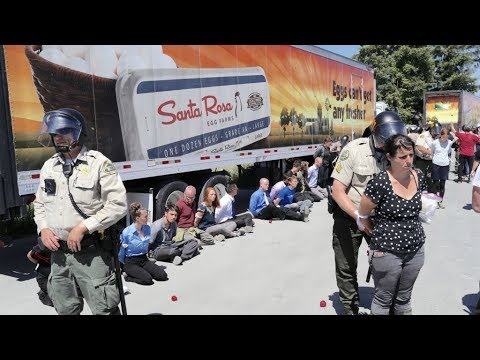