I found this article on Lazy Hog Farm which says Pennsylvania Farm Bureau Vice President Chris Hoffman was named America’s Pig Farmer of the Year in 2019.

The article also includes this image, which the caption says is the farmer inside his farm. 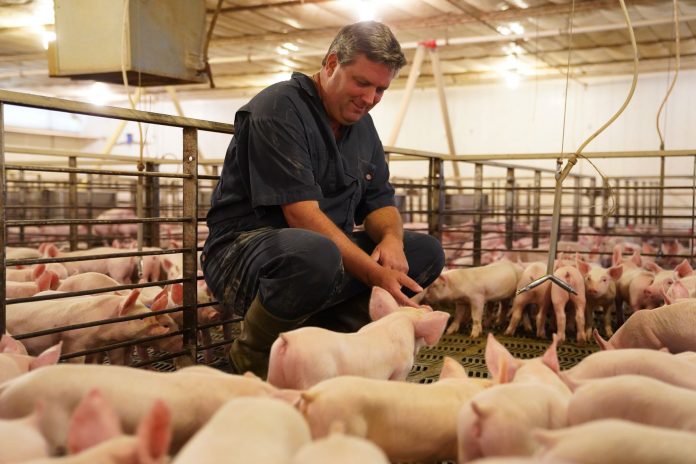 Their website says that they have a sow unit, nursery, finishing barn, and chicken barn.

This article about the farm has a VIDEO from inside the farm itself. It looks overall pretty clean. However, the piglets are obviously scared when he walks in and this is a year ago so he may not keep it as clean.

This is Chris Hoffman’s Facebook page. His posts are public. He hasn’t posted anything that I can see about HIS farm but it might be good to check it in the future as well.