Broadway Poultry is a live poultry market in Newark, New Jersey. It is less than two blocks away from PePe’s Poultry. A far smaller operation, they seem to only slaughter chickens at their shop.

I’ve had some good small talk with the workers there along with a truck driver, sweet people. Some vegan activists got involved (the same ones mentioned in my PePe’s papertrail) so I haven’t bothered them since.

One morning, we were able to document them unloading tons of layer hens into their shop. Workers threw the hens into what seemed to be a indoor dumpster. There were many chickens in the cages that have been dead for what seemed like forever, they were almost mummified.

According to NJ law, under Humane Treatment for Domestic Livestock, “(b) Dead poultry must be promptly removed from contact with live birds or other livestock within 24 hours and dis posed of in a manner consistent with all applicable Federal, State and local regulations governing disposal”

By the looks of this poor hen, she was likely there for far longer than 24 hours. The driver came from a farm in Pennsylvania, so her body shouldn’t have been that decomposed, even if she died right as they left. 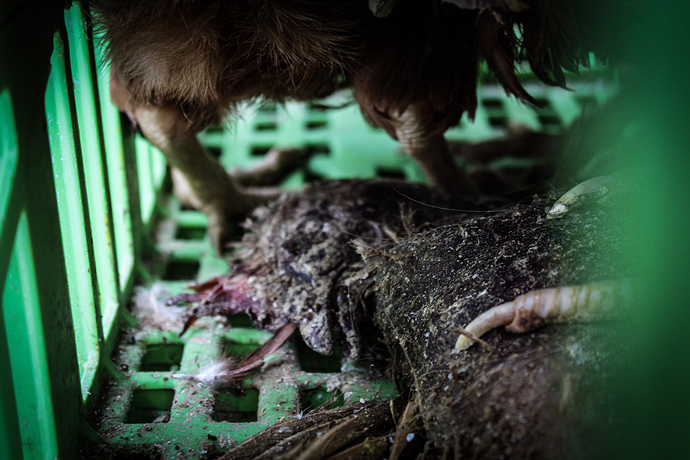 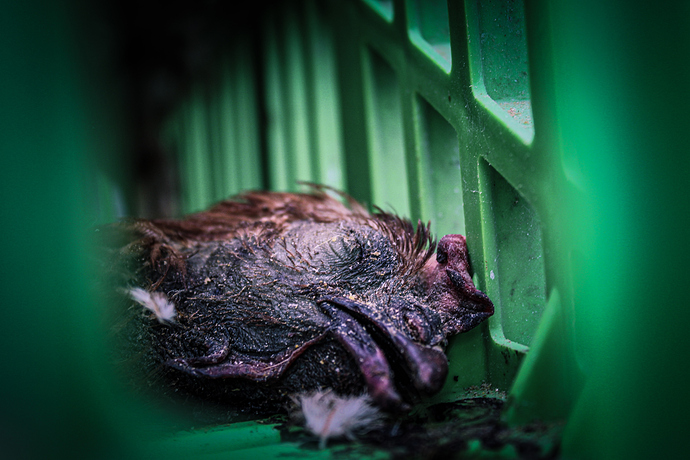 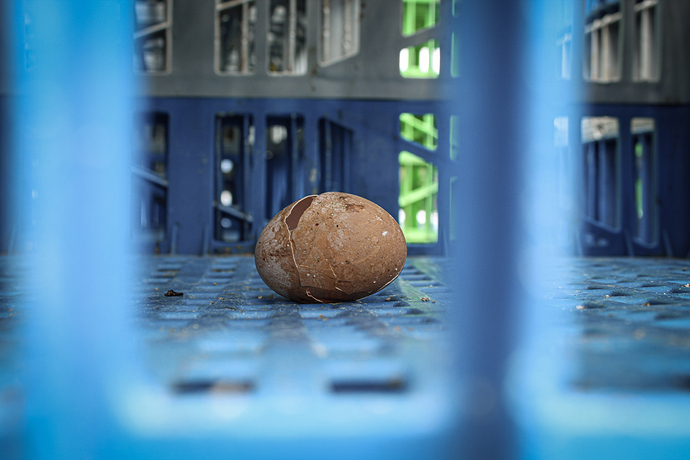 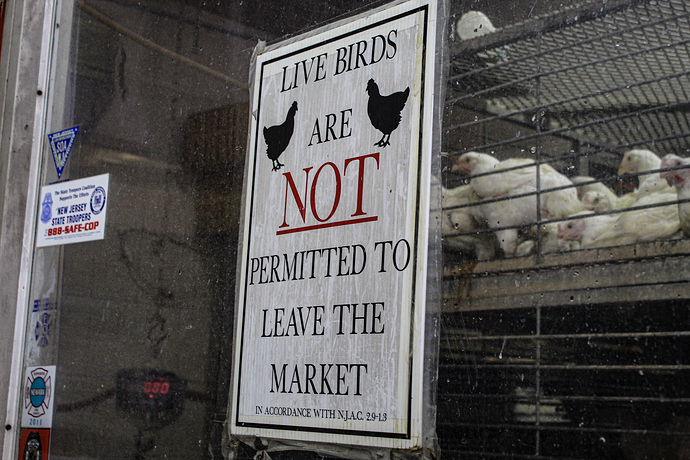